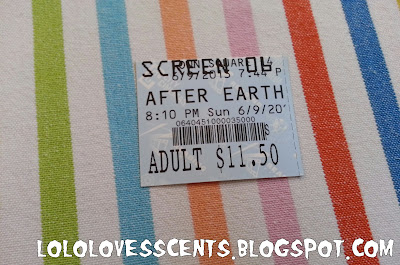 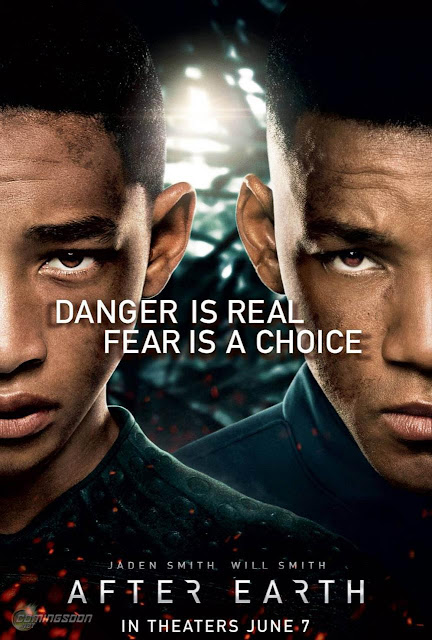 See, waxy friends, we don't like Jaden Smith. "The Karate Kid" remake was nothing special. He seems to be an arrogant little twerp who is leeching off his dad's fame. If his dad wasn't Will Smith, I don't think he'd get half the recognition he gets.
I don't particularly like Will Smith either. He's okay, but I think he's try-hard, and Oscar bait-y, and plus, he's "in the know" with Tom Cruise...you know what I mean.
Now, while I love the movie "Signs," which some people think is awful, you can't diminish the good work M. Night Shyamalan did with "The Sixth Sense." It's a freaking classic. But, he's just not good anymore. He's got nothing left except twist endings and failed franchises. In fact, I wouldn't have even thought twice about him being the director of this movie if I hadn't gone on IMDB firsthand to see for myself.
It seems like everyone involved with the film tried to hide the fact that Shyamalan was the director of this movie for fear that it would be terrible.
WELL FOLKS, IT DIDN'T NEED ANY HELP HIDING ITS AWFULNESS, IT'S JUST AWFUL.
I also saw it from his perspective: "if M. Night Shyamalan, director of such flops as "The Village," "The Happening," and "The Last Airbender" didn't want to get his stink all over this poo-storm, HOW BAD CAN IT BE????"

First of all, let's do a short synopsis. Humans are forced to leave Earth after it becomes uninhabitable due to their own negligence. They settle in a place they call Nova Prime, HOLD UP! This planet is no ordinary planet: it has alien monster things called URSA(s) that smell and sense fear. Otherwise, it's fine! The Rangers are trained to become fearless and suppress their fear in order to become invisible to the URSA. IT'S CALLED GHOSTING, PEOPLE, AND IT'S SERIOUS BUSINESS. Not a bad concept, but we'll get to that later.

Kitai Raige (Jaden Smith) fails his Ranger training because he is unable to control his fear. His father, Cypher Raige (Will Smith, OMG HIS RILL LIFE DAD!!!11) is a stone-cold fear-suppressing commander type person who is sorta kinda disappointed his son didn't pass his training but will only yell at him to get his point across. Cypher is pretty much forced by his wife to drag Kitai along on his last routine mission before retirement. URSA in tow, their ship crashes on Earth, killing everyone aboard except for the father-son duo. ZOMG, BONDING TIME! Nope, Cypher has two broken legs and a damaged signaling device to let their home planet know they crashed. Cypher explains to Kitai that he must wander through the "perilous" regions of Earth, a class-one quarantined planet on which everything has evolved to kill humans (WUT??) to find the tail-end of the plane with the second signaling device. Here lies the problem: despite this warning, it would seem most of Earth's animals and beings are a minor nuisance and not much different than TODAY'S animals, given that you were stuck in the jungle all alone with only a double-sided sword. THE MOST DANGEROUS THING IN THIS MOVIE IS THE THING THEY BROUGHT WITH THEM ON THEIR SHIP AND LIVE WITH ON A DAY-TO-DAY BASIS.

Back to the concept of this movie: it could have been good, but the story, the acting, the directing, the CGI (WHY CGI THINGS WE'VE SEEN BEFORE??)...everything! Everything was bad! Will Smith's seriousface just comes off as unintentionally comical, but not in a HA-HA! type of way. Jaden Smith yells the entire movie because he's mad that his dad was never there for him and his sister. Despite the two being ACTUAL father and son in real life, they have virtually no on-screen chemistry, which I thought was impossible.

We are both sci-fi fans. We are both fantasy fans. What this movie advertised was a sci-fi-action-epic where Will Smith and his son have to battle against hyper-evolved Earth-monsters after a crash-landing. What it delivered was a boring coming-of-age story with birds and baboons and big cats and jungleness and a kid who, despite being an almost Ranger on his planet had NO IDEA how to use a double-sided sword and could barely fend for himself. Do the Rangers only teach people about running???

With all of this being said, the most egregious and distracting thing in this movie were the accents. WHY MAKE THEM HAVE ACCENTS AT ALL? Just because they live on a different planet DOESN'T MEAN they have to have a half Jamaican, half "Downton Abbey" accent. SO DISTRACTING.

I am washing my hands of this movie after this post. I am enraged just writing about it. So, I'll never speak of it again.

Feel free to leave a comment! If you do not have a Google ID, just use the "Name/URL" or "Anonymous" option, and comment away! :)