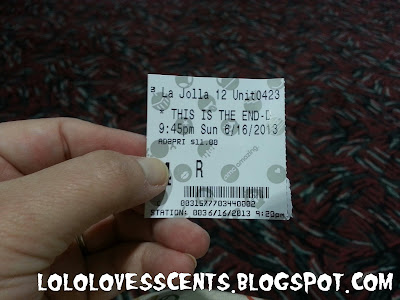 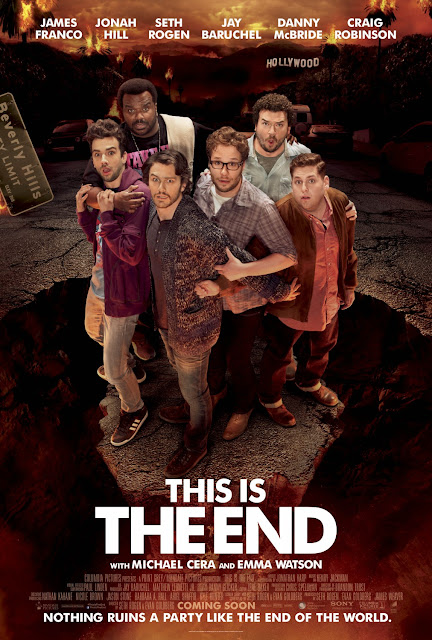 "The Apocalypse is nigh."

Seth Rogen, Jay Baruchel, Jonah Hill, and Craig Robinson are trapped in James Franco's house after a crazy party when the world beings to end. The friends must lean on one another to stay alive.

The only low point was Danny McBride. He's annoying, simple as that. He's that guy (AND WE ALL KNOW ONE PERSON LIKE THIS) in every real-life scenario that crashes a party uninvited and acts like a selfish jerk while eating all the food and drinking all the good liquor. One guy behind us was particularly fond of Danny McBride and let everyone know it. Loudly. At least he wasn't on his cell phone like the girl next to us.

I have not been to a theater this crowded (a non-opening day showing) in forever. We were the second set of two people in the theater, and slowly, the masses started trickling in. Like, people sitting next to us shoulder to shoulder crowded. It was bonkers.

There's a cameo at the very end of the movie that I, in particular, enjoyed so thoroughly that I clapped. Let's just say, 90's boys band. :)

Feel free to leave a comment! If you do not have a Google ID, just use the "Name/URL" or "Anonymous" option, and comment away! :)